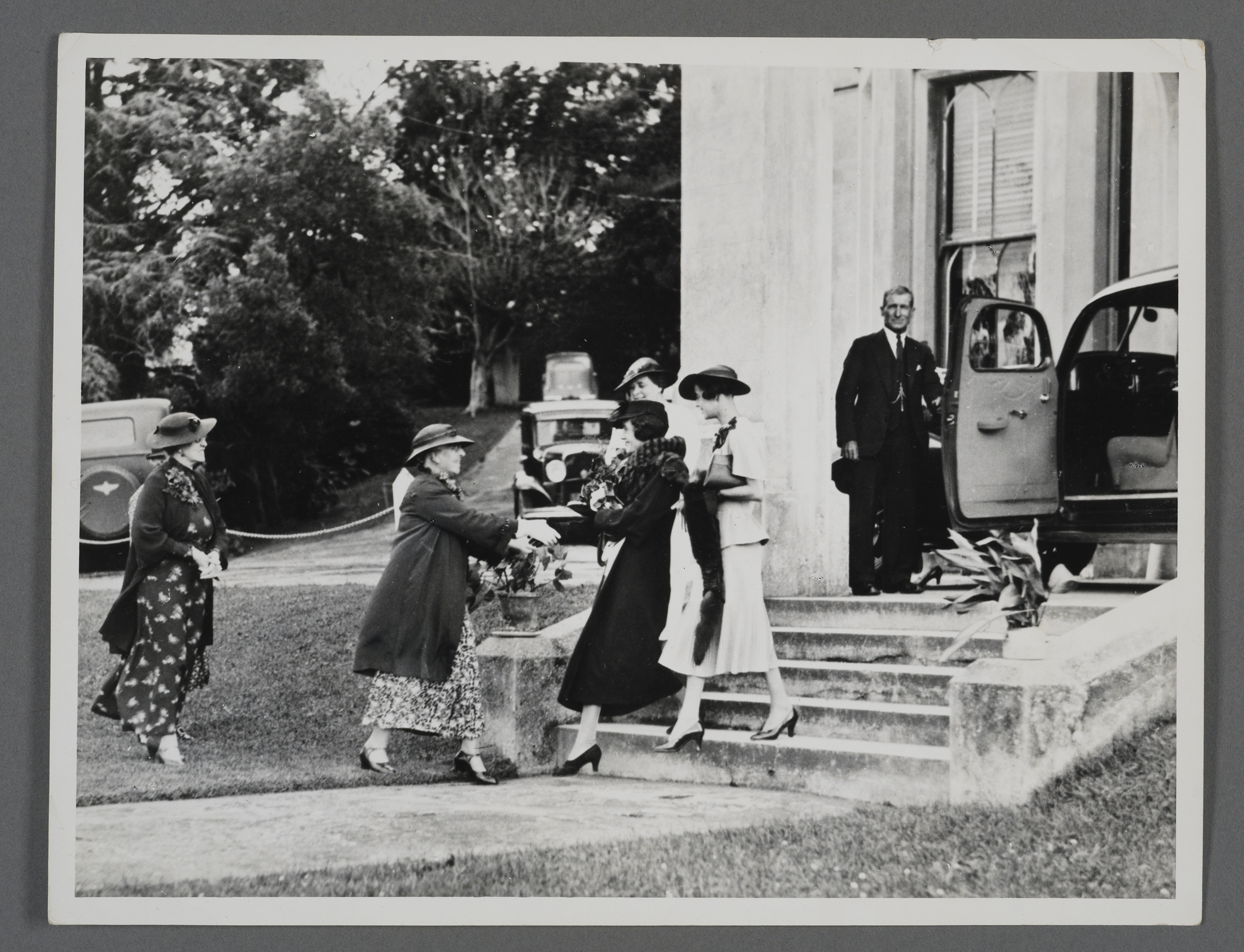 Joan recorded an oral history with Remuera Heritage in 2018 where she talked about her early life.

Joan Gwendolyn Wright was born 13 Oct 1926. Her parents were John Francis Wright, an Indent agent who imported fine English china and Gwendolyn Jessie Perkins. They were married at St Luke’s Church, Remuera.  Her grandparents (mother’s parents) Alfred William Arthur Perkins and Maud Isabel purchased land (approx. 4 acres) in Portland Road and when Joan’s parents married, they divided the property giving approx. 2 acres to the newlyweds. Joan’s grandparents sold their part of the property to George Hutchison (Mayor of Auckland) and purchased land adjacent to Remuera Ladies College in Garden Road. She would go to school ‘through the fence’.

Joan was the last surviving pupil of Ladies College. She attended for a few years in the 1930s when she was age 7 or 8. She remembers Jean Batten visiting the college in 1934 when there was an official welcome at Ladies College after Jean’s solo flight from England to Australia. Joan said the pupils were all given a lollipop on a stick as a treat to celebrate the flight. Jean Batten was a boarder at Ladies College from 1922-24.

Joan said they would go up a spiral staircase where there was a beautiful view from the top of the turret, over the pony paddocks to Rangitoto. Her teacher was a Miss Marney O’Reilly.